Creating Our Own Legacy

One of the thoughts that passes through my mind most frequently is the thought that my forefathers are looking down on me, watching how I am living my life. I often think about the way they lived their lives and find myself comparing my life to theirs. They were great men. None of them were famous. None of them invented anything that changed the way we all live our lives today. They were just good, honorable men who shaped the course of their own lives and indirectly, my life as well.

The thought that has occurred most to me has been the thought that I want to live up to the great lives they led. I think of my grandfather, John Clark. He grew up on a ranch in Utah and was one of the hardest working men I have ever met. I wonder if he would be pleased with the kind of worker that I am. I wonder how I can become a man like him. How can I become a man who is unafraid to stand up for what is right. A man’s man. How can I live up to the legacy that he left behind? 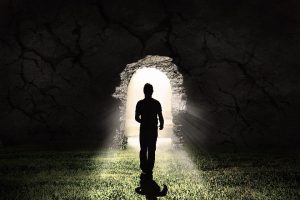 Then a few days later while driving home from work, it hit me. It is NOT my role to live up to any one of their legacies. It is my role to create my own legacy. It is up to me to live the kind of life that my children and grandchildren for generations to come will honor and respect. It will not however be their role to live up to any legacy that I might leave. I realized that I have a choice. I have the choice to create my own life, the way I want to live it. It is my privilege to leave a legacy that will be an example to my children and their posterity. I have so many amazing examples of great men to help me know what I am capable of. They left a legacy that I can honor and use as a guide to my own life.

“The greatest legacy one can pass on to one’s children and grandchildren is not money or other material things accumulated in one’s life, but rather a legacy of character and faith.”

Live your life to the best of your ability and leave behind something that money could never buy once you leave this earth. Be honorable. Be of a sober mind and of good character. No better gift could you possibly give to those who follow.

Theme by Anders Noren — Up ↑